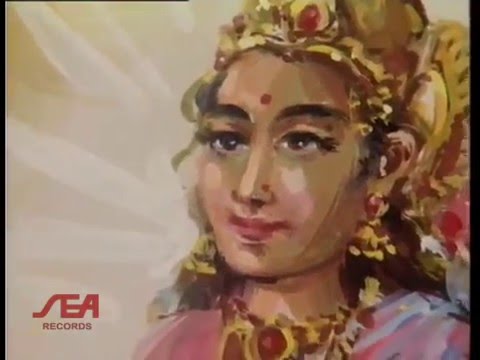 Further, this pAsuram is regarded as one of the most essential thiruppAvai pAsurams, illustrating the conduct of a bhAgavatha. Below are glimpses of thiruppAvai vyAkyAnam expounding the svApadEsArtham relevant to the context.

nAyanAr, in his 6000-padi vyAkhyAnam, says that it is this pAsuram that constitutes the thiruppAvai. A similar expression is seen in thondaradippodi’s thirumAlai as well. The pAsuram ‘memporuL pOga vittu…” (மேம்பொருள் போக விட்டு) is said to constitute the entire thirumAlai. Our AchAryAs explain that just as the SrI gIthai represents the essence (sAram) of the mahAbhAratam and further, the charamashlOkam “sarva dharmAn…” represents the supreme essence of the SrI gIthai, the memporuL pAsuram is celebrated as the complete representation of the thirumAlai divya prabhandam. Analogous is also nammAzhwAr’s “iruththum viyandhu…” (இருத்தும் வியந்து, thiruvAimozhi 8-7)- nampiLLai states that it is particularly this thiruvAimozhi that nammAzhwAr came to sing. He compares this thiruvAimozhi to a rathnam. A jewel is usually kept safely in a case that can be locked. nampiLLai says that the thiruvAimozhIs before “iruththum” constitute the wooden base of this case, the thiruvAimozhIs after constitute the top portion/cover of the case and the beautiful “iruththum” thiruvAimozhi is representative of the precious jewel in the case.

‘nAnE thAn Ayiduga’- a divine virtue

The ‘nAnE thAn Ayiduga’ phrase of the ellE pAsuram constitutes the crux. It is this attribute that particularly defines the SrIvaiShnava lakshaNam. Our AchAryAs say that this is one thing that cannot be explained merely by preaching (upadEsam) but that which has to be illustrated by way of practice (anuShThAnam).

There are three categories of people. One is those who, when have their mistakes pointed out, refuse to accept that they are at fault. At the next level, there is one who owns up to the mistakes that are pointed out but do so either immediately or after a period of time. Surpassing the two is the third category of people, who readily accept the faults pointed out when in reality there is no kutram of theirs.

It is commonly seen how infuriated people get even when the faults that they have committed for real are pointed out; thus, needless to mention, a person would, for certain, be angry when he is pinpointed for faults that he has not committed. Further, while one could get himself to accept his mistakes when he is truly at fault, our AchAryAs point that it is very difficult for one to develop the maturity and consciousness to graciously accept the mistakes and faults pointed out in him that are in reality not his faults. The greatness of such a virtue is glorified and this way of conduct must be embraced by each and every SrIvaishnava adiyAr.

periyavAchchAn piLLai explains bharathA’s thoughts. bharatha first takes to blaming mantharA (kUni) for SrI rAma’s departure to the forest but very soon he rejects this thought (na mantharAya); he then feels it is kaikEyi who is at fault but soon he rejects this as well thinking no mothers would wish bad for their sons (na mAturasya); next, he thinks it is the rAja (dasharatha) who is wrong but convinces himself that the king was not to be blamed as he did not want to go back on his word (na rAgyO); bharathA then thinks to himself that it is SrI rAma who is at fault- here, our AchAryAs, in a lighter tone, explain that SrI rAma should have perhaps revolted against his father just like how kamsa imprisoned his father!- but again bharatha rejects this as well (na rAghava:). bharatha finally blames him for being the sole cause of SrI rAma’s leaving to the forest. He calls himself the embodiment of all sins. When opening up his mind to guha, guha was able to realize the extent of bharatha’s distress- bharatha had simply become the personification of shOkam. This lamentation of bharatha in the mindset of pure humility and acceptance of faults that were actually not his greatly exemplifies the SrIvaishnava lakshaNam.

1) porai- This refers to porumai/patience. When one takes to pinpointing faults/mistakes, we must not resort to prathikriyai, i.e. retaliation, even if we have the shakti to do so. When lacking shakti, one must also not take to ruminating about the harm done, which will only lead to further negativity.

2) krupai- This refers to mercy/compassion. Having known that the person has tried to harm us, we must feel the well-wishing anxiety that such a person might be punished by the Lord for his bhAgavatha apachAram. This is the manifestation of krupai in one’s heart.
An example of this is seen in the guruparampara prabhAvam. There was a king named vIrasundara brahmarAya, a disciple of koorathAzhwAn. He wanted to straighten a wall surrounding the thiruarangam temple. When doing so, he found the thirumALigai of piLLai piLLai AzhwAn to be an obstacle in erecting the wall. The king ordered that the house be demolished at once. On hearing this, bhattar was very disappointed and requested to the king that the house of piLLai piLLai AzhwAn not be demolished as it would lead to bhAgavatha apachAram and would not please periya perumAL. bhattar explained that it is not the wall that is going to protect periya perumAL but the mangaLAshAsanams of the devoted piLLai piLLai AzhwAn that constituted perumAL’s rakshaNam. Yet, the king refused to listen and destroyed the thirumALigai, which compelled bhattar to leave for thirukkOttiyUr. Important to note here is that subsequently AndAL, the mother of SrI parAsara bhattar, lamented, thinking what would happen if emperumAn would punish the king, who had AzhwAn’s sambandam, for having committed a great offense toward bhattar! Such was her compassion (krupai).

3) sirippu- This refers to sporting a spirit of laughter in the mindset that the insult done to him by the other can only serve, at most, to jeopardize him of his material well-being or wealth but cannot come in the way of his obtaining of his spiritual, permanent wealth of emperumAn- bhagavath aishvaryam.

4) ugappu- This refers to happiness. One taking to blaspheming, insulting or harming the other, can only wish bad for the material body. Our body is defined as our first and foremost enemy. AndAL says “pollA arakkanai”- she uses the adjective ‘pollA’ for arakkanai. nammAzhwAr in his munnIrnjAlam thiruvAimozhi (3-2-3) says “pollA Akkai”- nampiLLai explains that duryOdhanan, the greatest demon was destroyed yet more dangerous is our own body, which is our biggest enemy. In general, if our enemy is hurt or insulted, we would be happy at it. Similarly, one must be happy if our body (our enemy) is subject to insult.

5) upakAra smrti- This refers to a sense of gratefulness. Regardless of any pinpointing of our faults, we have committed a myriad of offenses and sins. In the stOtratnam, ALavandaAr says,
“amaryAda: kshudra: cala mati: asUyA prasava bhU:
krtaghno durmAni smara paravaSa:k vancanapara: |
nrSamsa: pApishTha: katham aham ita: du:kha jaladhe:
apArAt uttIrNa: tava paricareyam caraNayo:||”
ALavandhAr, out of utmost humility, states the different type of sins (amaryAda- having violated the shAstrAs, asUya- not tolerating the well-being of others, etc.) and he exclaims how he would rise above the shoreless ocean of sins (iti aparAt du:kha jaladhE uttIrNa). One must in fact take to the recitation of this shlOka on a daily basis in the faith that submitting ourselves to emperumAn by stating our offenses (kutrangaL) would lead to emperumAn accepting us. Therefore, when another person reminds of our sins, we must indeed be very grateful to him.
This was exemplified by swAmi parAsara bhattar, when he was once shouted at in inappropriate words in front of periya perumAL’s sannidhi at thiruarangam. bhattar simply reacted by smiling and saying that the person had done him a great favor by stating his dOshas, which anyway had to be disclosed to namperumAL. Humbly thinking that namperumAL, despite knowing all of bhattar’s dOshas, still chose to accept him as His revered adiyAr, he told his disciples that namperumAL was also very pleased to hear bhattar’s dOshas and that he had become the pAthram to His aruL. Thinking like this, bhattar gave away a necklace that he wore to the person, wholeheartedly thanking him for such a favor.

Therefore, the humility, sincerity and faith in the thiruvadigaL of emperumAn and adiyArs are what constitute the foundation of SrIvaiShnava conduct.